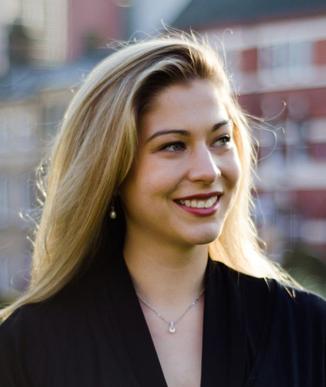 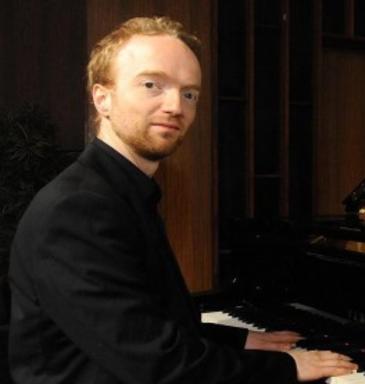 Iain is a graduate of The University of Birmingham and Birmingham Conservatoire, where he studied piano accompaniment under Simon Nicholls and Robert Markham. He is now employed as the in-house accompanist at the Birmingham School of Acting, as a piano teacher at King Edward VI Aston School and accompanist for the Handsworth Community Choir. Iain also maintains a busy freelance schedule accompanying recitals and concerts for choirs and soloists around the Midlands, and as a jazz pianist with The Nick Ross Orchestra. Iain has recently rediscovered his interest in composition and had his first choral piece performed by the choir in December 2016.
http://www.iainjacksonpiano.com/

Naomi completed her undergraduate studies last year at Birmingham Conservatoire and previously studied at the Junior Conservatoire for which she received a full scholarship. During this time, Naomi won the Anna Mansell cup for outstanding achievement, the Leamington music prize, the Corton Hyde Early Music prize as well as being a finalist for the Town Hall Symphony Hall prize with her consort, Amici Cantantes. She appeared as a soloist on a number of CD's with Birmingham
Conservatoire Chamber Choir under Paul Spicer, produced by Somm records. Naomi was a member of Genesis Sixteen - The Sixteen's young artist programme under Harry Christophers and Eamonn Dougan. She also enjoys working with ExCathedra, Eboracum Baroque, Apollo Baroque Consort, Orchestra of the Swan Chamber Choir, Vospiri and Birmingham Conservatoire Chamber choir. Solo performances include a performance of Mozart's Coronation Mass in Cadogan Hall,
under Manvinder Rattan, ExCathedra's St Lucia service in Birmingham Cathedral and Music by
Candlelight series and Orchestra of the Swan Radio 3 broadcasts (April and June 2016).
A choral animateur, Naomi is a vocal tutor for ExCathedra Education and CBSO Education as well as Vocal Coachjng for Edgbaston High School for Girls and has been a guest lecturer for the 'Do You Like Music? initiative in Antwerp, Belgium. She is in demand as a conductor and a vocal coach, workshopping with National Teacher's Choir, Birmingham City Council Choir, CBSO's SoVocal, Midlands Hospital Choir, Wyre Forest Young Voices as well as running her own choir's, Chaddesley Voices, Falcon Lodge Community Choir and Handsworth Community Choir.